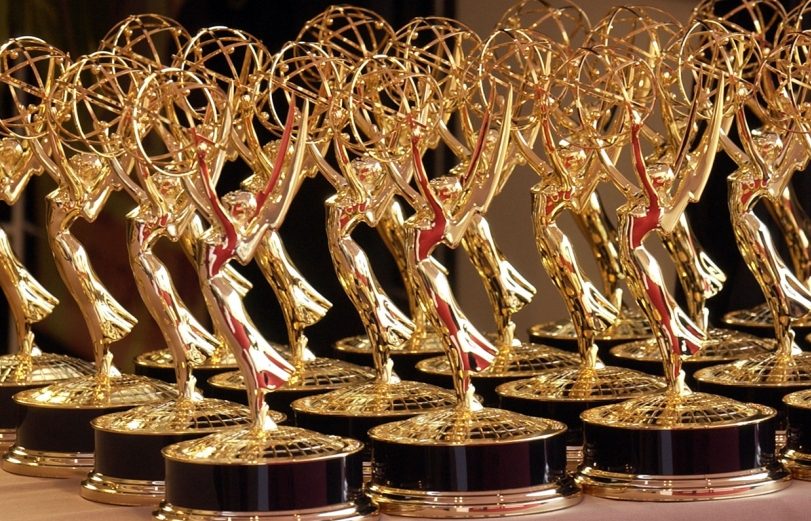 In anticipation of this year’s Emmy Awards taking place on September 20th, we thought we’d take a look back at all CRM clients who have been nominated for and/or won any of the various Emmy Award platforms. We had the pleasure of chatting with Melvin Jackson Jr., Michael Bruining, Mariette Hartley, and Bruce Davison about their Emmy experience.

1. In 2018 you wrote, produced, and starred in comedy web series This Eddie Murphy Role is Mine, Not Yours. In the early stages of development for this project, did you ever think it would have this type of success?
I knew it would be successful but just didn’t know how. But I had a vision for it and my goal was to submit the series and myself for Emmy consideration.

2. Later that year, your portrayal of Eddie Murphy in this web series was nominated for a Primetime Emmy Award. What was this experience like – the nomination, the FYC events, the awards show itself?

It was a great experience, I was rewarded for my hard work and something that I created. It was truly a passion project that took me on an amazing ride that I didn’t expect. Not only was I was Nominated but so was my wife and we made history by being the first-ever African American married couple to be Nominated for an Emmy in the same year. The FYC events were great we went to almost 80 events that year campaigning and meeting people. The awards show was fun and full of a lot of interviews. It was truly an honor and experience that I will cherish forever.

3. A relatively new category, you were nominated in the Outstanding Actor in a Short Form Comedy or Drama Series category. How do you think this newer type of content is transforming the industry?
In the past 3-5 years, there were a lot of web series being done and they changed the way of watching content. You can watch them on your phone and now short content platforms are being created such as Quibi. So people like content that is 5-10 mins an episode. It’s the new wave.

1. In 2004, you were working at KTLN-TV in Corte Madera as a Producer/Editor/Director. The Every 15 Minutes Youth/Children’s Segment you produced that year was nominated for a Regional Emmy. What was it like getting this type of recognition for your work?
I knew we had something special and I wanted to create the same sense of shock that the live event captured. I also wanted to create a cinematic piece that would leave a lasting impression. When we submitted the piece for an Emmy we were all extremely excited when we got the nomination.

2. Every Fifteen Minutes is a nationwide program that recreates car accidents due to drunk driving. What was it like creating this type of project? How long did the process take?
When I first heard about the “Every 15 Minutes” program I was very intrigued because I liked the idea of showing high school students just how dangerous drinking and driving is. I wanted to be part of that message. The event itself is beyond impressive. It’s held at a high school where the students are led out to a parking lot and then seated in bleachers. They don’t know what’s going to happen until it’s revealed they are witnesses to a car accident. Two cars are smashed up, fire trucks fly up the road sirens blaring, a helicopter circles overhead. The students watching are shocked into silence as the bodies of their friends are removed from the scene of the accident, loaded into the helicopter to be airlifted to a hospital, and in one case a “dead student” (it’s all a recreation) is put in a body bag by the coroner and taken away. This is an event that takes weeks of planning and coordination. But the belief is that if they can save one life showing the students how dangerous it is to drink and drive, they’ve done their job. I spent a day filming the event and then several days editing.

3. This nomination was the first Emmy nomination for KTLN-TV. What was this experience like?
The night of the Emmy Awards was pretty incredible but also nerve-wracking. It was absolutely amazing when my name was called, definitely an experience I’ll never forget. It was also the first Emmy that KTLN ever won so it was very exciting. I’ve always been proud to not only win an Emmy but to be part of something that has had a positive impact on many lives.

1. Your first Emmy nomination came in 1977 for portraying Clare Gardiner in The Last Hurrah. What was this first nomination like?
THE LAST HURRAH: 1977? Good God. I remember my hair was redder, I was taller and I loved doing that movie. One of the last movies of the week. I do remember that Carroll (O’Conner) was a bit hesitant about hiring me. Maybe I was too tall or too young, but I did love doing it. I had never been to the Emmy show and I found it very scary and intimidating and of course I always felt underdressed and had no idea that the women often paid to have their hair and makeup done. Oh well, other than that it was exciting and gratifying because I loved the part. Carroll underscored how important it was to make deep eye contact with the actor. Footnote: I have no idea what I was doing, or where I was when I found out.

2. Your second nomination and first Emmy win came just a year later when you portrayed Dr. Carolyn Fields in The Incredible Hulk. What emotions ran through you when your name was called? What is it like to be awarded for your work?
What emotions did I go through when my name was called? Panic! Disbelief! I mean who wins an Emmy for the Incredible Hulk? I went to bed with Bill Bixby and woke up with Lou Ferrigno and… c’mon. Plus, my infant daughter was in a hotel room next door with a sitter and it was time for me to nurse her. Decisions, decisions. I knew enough to stand up, smile, not trip on my dress, walk forward go up the stairs, behind the podium, saw the enormous audience and this came out of my mouth. “Holy cow!” Lincoln, I’m not. I did manage to thank one of my dearest friends, Bill Bixby who was divine in our time together. And Lou and Kenny Johnson who’s show it was. It was an unforgettable night and even more unforgettable because my mother was there.

3. Since then, you have been nominated four more times – for a total of six Emmy nominations. How has each experience differed?
I was nominated four more times? The worst of those nights was when I was nominated twice, hot stuff, huh? One for comedy and one for drama. The first was comedy. As the four names are announced you sit forward in your chair, trying to look gorgeous and relaxed. Ha. The cameras race toward each of us stopping just in time as everyone waits breathlessly and your name… isn’t called. Then comes the acting part. You try to maintain grace and nonchalance, looking at everyone saying… it’s fine. Really, it’s fine. Except, I’m up for another award! This one for drama and this one I really cared about. Which I didn’t get either. Who’s Barbara Stanwyck? Standing on the sidewalk in a line waiting for my car, a dear friend, Joan Rivers who was the host that night sidled up to me and whispered, ”you had my vote kiddo, you should have won.” That’s what I really remember.

1. In 1998, you were nominated for a Primetime Emmy for your portrayal of Jake Weiss in Touched by an Angel. What was it like guest-starring on the show?
I was in the middle of doing a lot of guest-stars at that time. I was playing a Jewish landlord who’s a slum lord and I said to the guy, “if there’s any way you can give me some red hair,” or something to tilt away from my WASP-look. It was a great part. It was sort of timely – a whole lot of slum lord stuff going on. A judge sentenced a slum lord to live in the apartments that he had neglected for years – and I was playing that part. So it was a good message. I think John Laroquette won that year. He’s a friend and a poker buddy. You throw your name into the hat so many times and hope you come up with a brass ring… and sometimes you don’t. There are 10,000 great performances and they pick a handful, flip a coin, and somebody wins.

2. What was your reaction when you saw the Emmy nominations? How did it feel to be recognized for your work?
Well, you’re always thrilled to be nominated for something because somebody’s put you up for the brass ring. That’s always nice.

3. Three years later, in 2001, you were nominated for a Daytime Emmy for Directing the Children’s Special Off Season. How did this experience differ?
That one meant a lot to me because it was my opportunity to direct something. I hadn’t had that opportunity much before. It was wonderful because I got to work with Hume Cronyn who was sort of a mentor of mine. I had known him from theatre – we had done The Caine Mutiny Court-Martial together – and then I worked with his wife, Jessica Tandy in Glass Menagerie on Broadway. So it was an opportunity to work with Hume, who is a great hero of mine, a man who was 94 at the time we did it. It was wonderful for me to see Hume get nominated, and the film had 5 nominations in total. It was quite rewarding. It was an opportunity for me to present something I was a novice in, and realize it was something I could do and get credit for. That was one I was quite honored to be nominated for.