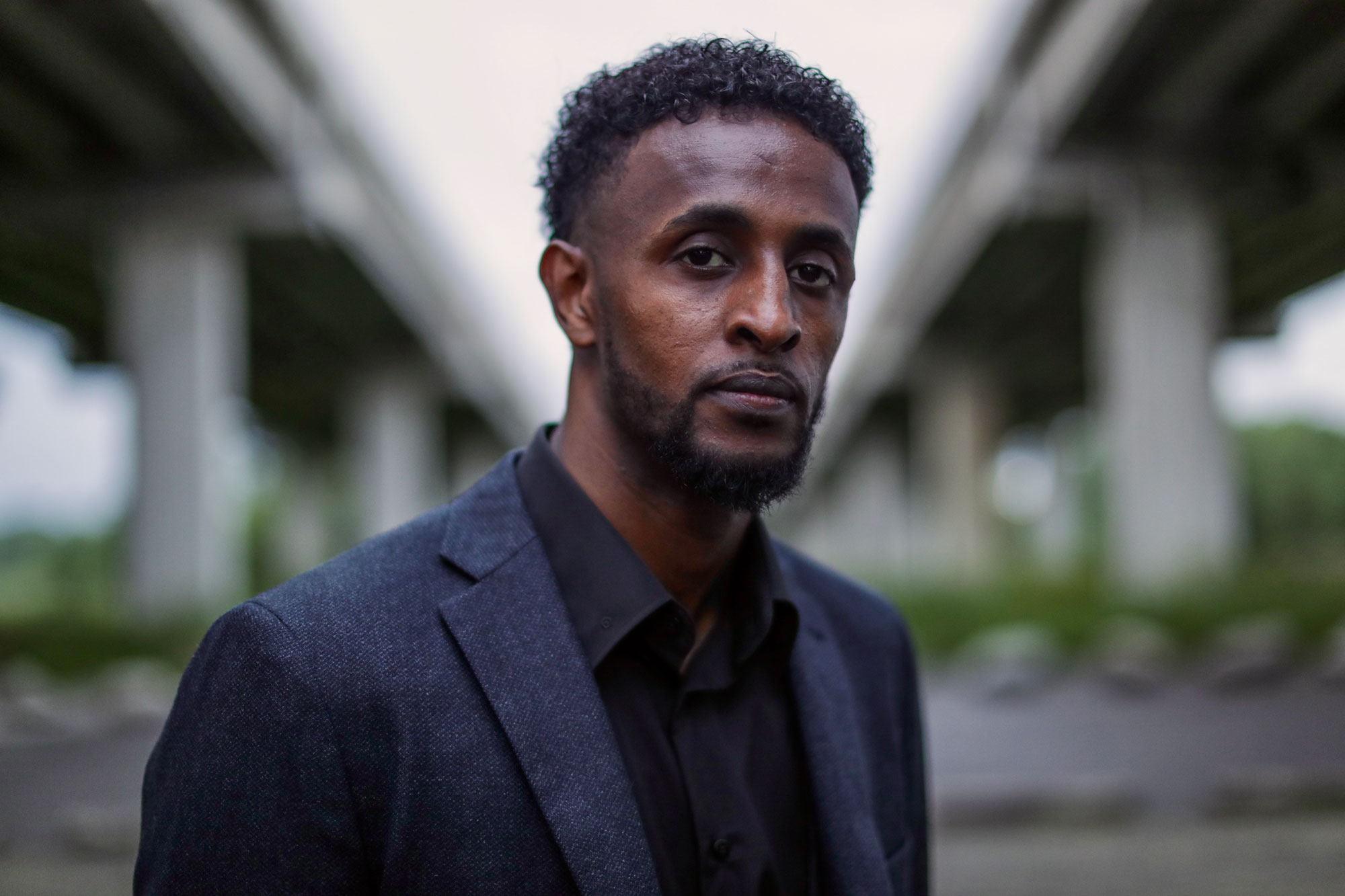 Our August Spotlight client Faysal Ahmed started in Hollywood when he landed a role from an over 700-person casting call for Academy Award-nominated Captain Phillips in 2013. Since then, his credits include Watu Wote: All of Us, Sicario: Day of the Soldado, and a recurring role on Hulu’s Castle Rock. We’re so happy to chat with Faysal.

1. One of nine children, you moved with your mother to the United States from Yemen when you were fourteen years old. What was this transition like?
The transition wasn’t hard. I was with my family and a lot of other Somali families who were new to the country. During this time, there were many families that had just come to America as well. We navigated our new lives in our new home as a group. That made things a lot more fun for me.

2. Growing up in Minnesota, you were involved in the local theater scene as a Youth Program Coordinator at the Bedlam Theater. How did you get involved with this?
My mentor at the time introduced me to Bedlam Theater. Our relationship started from there and they offered me a job as youth program coordinator. That’s where I learned how to truly express myself in different characters and stories, and that’s how I fell in love with acting.

3. Was acting something you have always wanted to pursue?
I always watched movies as a kid, and I wanted to become many things like a teacher, fire fighter, doctor and a farmer. In the movies I watched, the actors did just that. They transformed themselves into different characters, as people learn and grow in real life. I didn’t know how to pursue acting until Captain Phillips casting came to Minneapolis.

4. In 2011 you went to a casting call for Captain Phillips with over 700 other participants. You were ultimately one of four participants cast in the 2013 Academy Award-nominated film. What was this casting experience like?
The first thing that comes to my mind is walking in extremely excited, so excited that I couldn’t sleep! I had to be there at 7am and the location was across the street from my building. I saw many of my friends, and we worked together and coached each other. That made my experience very fruitful, and a lot of fun.

5. Filming for Captain Phillips took place in 2012 for 9 weeks off the coast of Malta aboard a container ship. What was your experience like on set?
The set was the Ocean and huge ships. It was like dreaming each day. Paul Greengrass the director understood we were new to everything and helped us every step of the way.

6. What did you most enjoy about playing Najee?
I liked being the wild one of the pirates!

7. In 2017, you starred in the Oscar-nominated short film Watu Wote: All of Us. How did you get involved and what was the experience like?
I was contacted by the Producer and after reading the script, I fell in love with the story. The best way to describe it is that during the shoot, we were living in the jungle, camping there, and every day you might run into giraffes or zebras.

8. In 2018 you were in Sicario: Day of the Soldado. What was your favorite thing about playing Bashiir?
I’m a huge fan of Sicario, including Bashiir.  That great story was a blessing for me because Bashiir gave me complex emotions to play with. Bashiir is a pirate leader who gets captured and sees his brothers killed by drones. His reaction reveals his humanity as he breaks down and confesses to everything.

10. Most recently, you had a 6-episode guest star role on Hulu’s second season of Castle Rock. What was it like playing Hassan?
Playing Hassan was fun—he’s the protector and the muscleman.

11. Castle Rock also gave you the opportunity to reunite with your Captain Phillips co-star Barkhad Abdi. What is your relationship like?
It’s always good to reunite with him. We’re good friends.

12. What does the future look like for you?
I don’t know exactly what the future holds, but I’m ready to start, like a racehorse waiting for the bell.