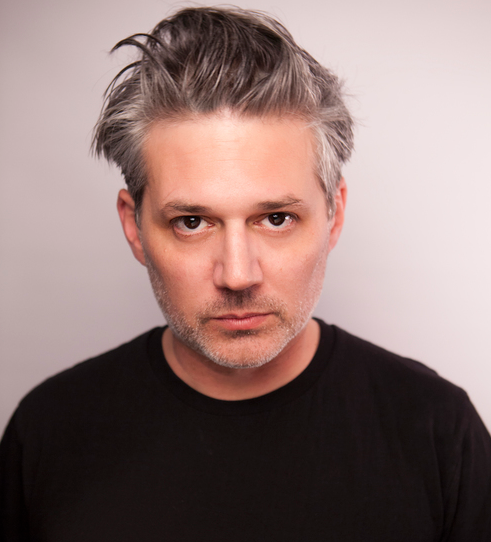 Ryan started his acting career at a young age and rose to fame on theTV show Kids Incorporated, followed by a cult classic film, The Monster Squad where Ryan played the rebellious Rudy. At 20,  Ryan stepped away from acting to pursue music professionally. He now plays in a Rock Band called Killed Moi which is about to release a new album as well as some new films lined up.

1. You were born in Cleveland, Ohio. Did you get your acting start there/when did you relocate to Los Angeles?
I moved to Los Angeles at age 4. I started acting professionally at age 13 after spending time in a musical comedy troupe, “On Stage Kids.”

2. You started out on Kids Incorporated.  Can you tell us what that was like being a series regular on a show that also showcased your musical talents?
Being on Kids Inc was a dream come true. It was my first audition and my first professional gig. To have the show feature music as well only heightened the experience. Learning how to be on set, take direction and have a blast in the process really helped me in understanding what it means to be a working actor in this business.

3. You are an actor as well as a musician.  What can you play?  Have you performed at any special venues/events?
I can play guitar, piano/keyboard (novice) and sing. In our time of quarantine I’ve taught myself the Irish tin whistle, ukulele and honing my skills on harmonica. My dream is to play jazz trumpet and get better at drumming.

4. You have been in show business for quite a long time.  Do you have any fun auditions/stories that stand put through the years?
I auditioned for a Jessica Lange film in the 80’s. The scene called for the character to jump outta bed when he was caught by his mother (Lange) with an older woman (Joan Cusack). I secretly removed my pants in front of the casting directors desk without him knowing. During the scene I jumped up and started putting them on frantically, finished the scene and walked out without coming back in. The part went to Chris O’Donnell. I was a stupid kid. Maybe a rebel?

5. Have you always been a working actor, or did you take time off to concentrate on music? Family?
I decided to pursue music professionally when I turned 20 and quit acting. It’s always been in my heart and after a long hiatus I got the bug big time again and decided it was time to get back to work. Thankfully I now have an incredible team to work with and hope I make them proud of my commitment to the craft.

6. The Monster Squad has become a cult classic with quite a devoted following.  How has the film changed your life?

The film tanked when released in 1987. We all moved on to other projects with a heavy heart. In 2006 we realized it had snowballed since its release on VHS and laserdisc and the fan following grew to cult status throughout the years. Since 2006 the cast has been traveling the globe meeting fans and screening the film. It’s such a trip to be a part of something people love and cherish. We made a documentary about the fans and their passion for the film called Wolfman’s Got Nards (if ya know, ya know ).

7. The documentary on the impact of The Monster Squad, “Wolfman’s Got Nards, reached #1 on Amazon (documentaries and horror) upon its release.  Congratulations!  How did it feel revisiting the Squad?
It’s been such a wild ride. I never dreamed a billion years something I was a part of as a child actor would come back to haunt me (in the best possible way) years after it’s release. It’s truly a gift that many do not get to experience. The gift that keeps on giving. Not counting the 40 bucks I get in residuals ever quarter.

8. What is one of the most memorable moments on set for you?
The end sequence of Squad was a blast to shoot. We spent about two weeks on the Warner back lot as if it was home away from home. The scene where my character, Rudy takes down the wolfman and three vampire brides is still a highlight of my career.

9. When you’re not acting and performing, what do you like to get up to?
I’m an avid reader and watcher of film and television. They’ve always been my escape and my school, constantly learning and taking everything in to learn more about the craft and the art of it all. I enjoy cooking and trying new and different cuisines of the world. I cant wait to travel again hoping to get back to Ireland soon. I’m kind of obsessed with crossword puzzles and anything that keeps the mind alive and fascinated.

10. Tell us about Wrecker.
Wrecker is an independent action/revenge piece I was involved in while living in SF before moving back to LA. It was the first project I was involved in acting wise since I was a kid. I play a drugged out priest (gross but fun).

11. What’s up next for you?
Music wise I have a new album about to be released (dropped as the kids say) with my band Kill Moi from SF. Been a challenge getting it done during our global pandemic but I believe it was well worth and can’t wait for ever single person on Earth to blast in their ear holes.

Self-taping for roles and about to work for Spielberg. JK. A boy can dream, can’t he?