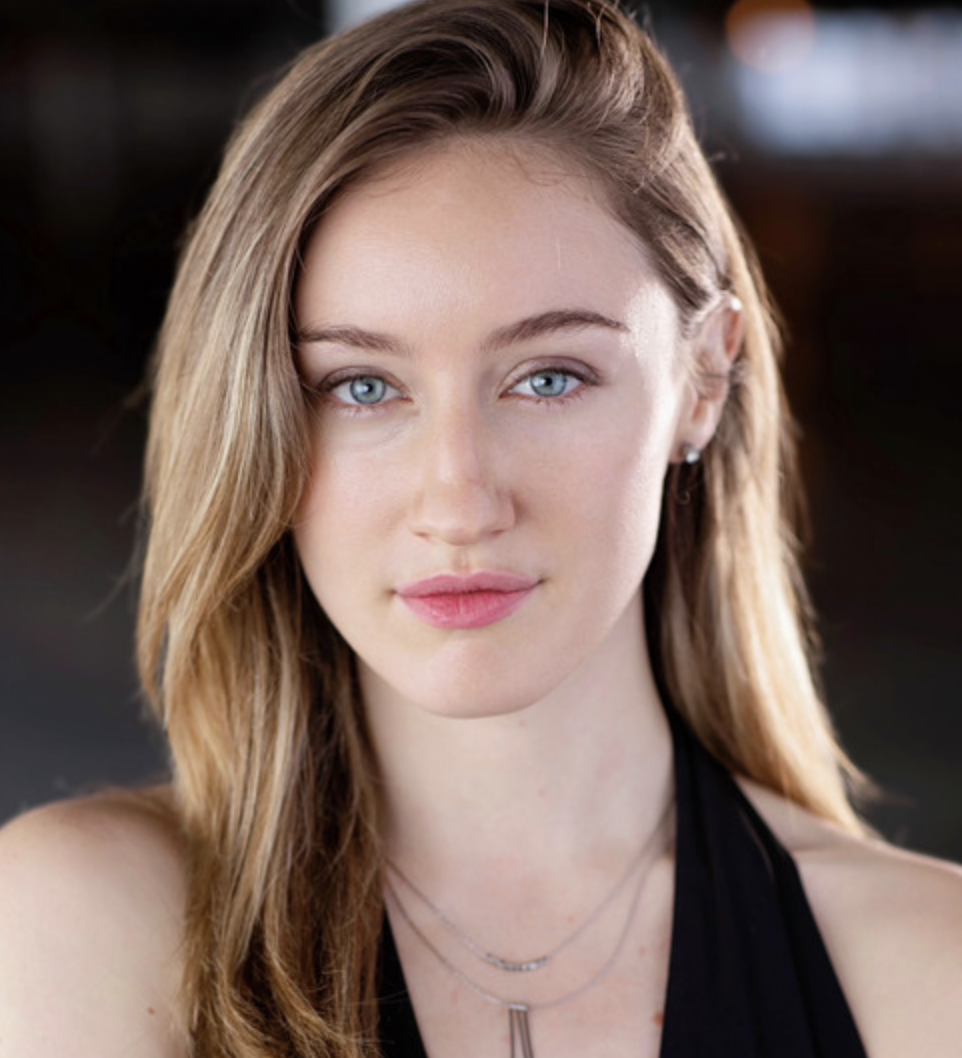 2. Did you think you wanted to be involved in performance arts when you were a kid?
UM, YES. When I was a little girl, I would lock myself in my room for HOURS and sing and dance until my voice hurt (which I now know was due to my terrible technique at the time. Oof. Thank God for voice lessons). I would be SO embarrassed if anyone in the house could hear me, but of course they could. I started dancing ballet when I was 4, I think. Started doing musicals when I was 9. And started taking acting seriously in college.

3. You studied Psychology and Theater at Lewis & Clark College in Portland, Oregon. What plays and characters did you all perform?
So many. I did Queen Marguerite in an adaption of Ionesco’s Exit the King, Olivia in Twelfth Night, Nan in Three Days of Rain, the Adult Woman in Spring Awakening, and Janice in Italian American Reconciliation.

4. You received a vocal scholarship to study singing while in school. How has this training stayed with you?
Singing is just something I do for my soul. I had some incredible teachers who helped me understand how the voice works and how to use it properly. My sister is also a great singer and she plays guitar. I actually got to give her a voice lesson last month!

5. What was the final moment when you decided you wanted to pursue acting more than singing?
I never really wanted to pursue singing professionally. Too hard and scary. I always knew I wanted to do acting, and then singing would come in handy.

6. How long have you now been living in LA? What are the major changes you’ve felt this far down the coast?
I’ve been living in LA for about five years. I like it here a lot. This is such a boring answer, but traffic is the biggest thing that’s challenging about living down here.

7. Tell us a bit about some of the first jobs you’ve booked?
Oh boy. I did MANY student films and low budget shorts (upwards of about 40). A lot of unusable footage, and some usable. I’ve definitely learned a lot over the last five years.

8. Your short “Life is Horrible” ended up winning Best Comedy at the United International Film Festival.
Funny story there — I was just IN that short, I didn’t direct it. So it definitely wasn’t mine. It was this wonderful director Rachel Zhou’s, who I have worked with on a couple of projects. She’s brilliant.

9. What’s been some of your favorite projects to have worked on?
The SYML music video that I did during the pandemic is something that I am particularly proud of. It was directed by the amazing Gavin Michael Booth and the songs were gorgeous. I’m also really proud of the short that I directed called “Interdiction.” It’s so far from perfect, but it was incredibly ambitious and we did it with hardly ANY money. When I go back and watch that, it reminds me that I have what it takes to direct. I also loved working on the horror short “325 Sycamore Lane” back in 2017. I had so much fun with that character and got featured on a website called EvilBabes or something like that, which gave me a chuckle.

10. Can you tell us a moment from set that you’ll never forget?
Actually, yes. I was helping a friend out with a student film project. It was an interview style production and they had a bunch of photos of famous people on the walls. Elizabeth Taylor, etc., and one of the headshots was of Uncle Paul. And in between takes, his picture FELL OFF the wall. It was so wild. None of the other portraits did that. And I don’t know, but it kind of made me feel like his spirit was there in some way. He was a big prankster, so he probably thought it was very funny.

11. Are you still getting the opportunity to sing a lot now?
Yes, it comes in handy every now and then! I am taking a VoiceOver class now, and we’re about to a do class with singing! I also get singing and musical auditions every now and then.

12. Besides acting, you’ve done some writing and directing on projects.
What prepared you for those experiences? Directing is hugely one of my passions. It lights me on fire! I just love everything about it. I love working with actors and the DP and the art department and the editors, just everything. Doing SO many shorts and a couple of features prepared me to direct. Watching and observing, just being around it all for so long.

13. How does it feel to be related to one of Hollywood’s greatest actors? Does this lineage inspire you?
It’s such a wild thing. It absolutely inspires me. I feel a connection to this industry so deeply. It brings a great sense of comfort and peace to my bones. But I’ll be honest, sometimes it also intimidates the shit out of me.

14. How have you been staying creative over the last year with the pandemic going on?
I’ve been making funny videos and singing videos on Instagram and TikTok. It’s been keeping me sane honestly. I’m also working on my first feature, which I have been developing for the past two years. I’m REALLY excited about it. I’ve been working on drafts, getting feedback, honing the script, and submitting it to various programs.

15. Tell us about V Is For.
V Is For was so fun. I got to travel to New Orleans and work with a great team. It was truly a blast. Such a great memory.

16. What is up next for you?
I had a small part in the film Mark, Mary & Some Other People which just got into the Tribeca Film Festival! I’m so excited and hopefully I’ll be going to New York for the festival. Also, getting my feature developed and made is high on my priority list. It’s a psychological horror film about processing grief that I have been working on the past couple of years. And there are a couple of acting projects coming down the pipeline that I am really excited about. I really am in an amazing part of my career. For the past five years, I’ve done the whole “do whatever you can get your hands on” thing and learned SO MUCH doing that. Now I’m entering a new phase where I’m being more selective in the projects I take (because burn out is real and self care is important). And this new chapter is REALLY exciting to me.