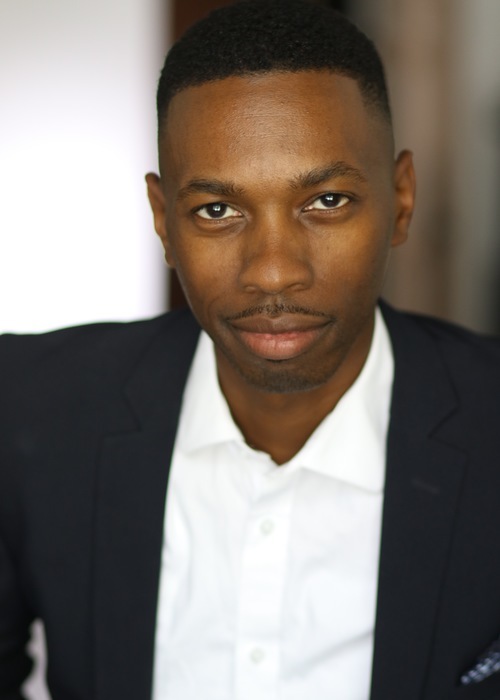 Melvin Jackson Jr, is an Emmy nominated Actor, as well as a Comedian, Writer, Producer, Director and CEO of Urban Vision Entertainment. He started out in the entertainment business when he was 18 years old managing music Artist. He will soon direct his first feature film Sex, Lies and The Things Women Go Thru. Melvin is best known for his roles on the hit HBO Series 3rd season of The Wire as Bernard the cell phone guy and as the Bully on Award winning CW’s Everybody Hates Chris”.

1. Can you tell us a bit about your childhood growing up in Washington D.C. area?
I was born in DC lived there for a few years as a toddler then moved to Maryland and growing up there was great.  I left when I was 7 and moved overseas and then came back when I was about 15.

2. You started out in the entertainment business at the age of 18 as an entertainment manager, guiding the careers of local artists around D.C. How did you get started doing that?
I got started while I was in my first year of college and became a music manager.  I started going to talent shows to recruit talent and my first artist was a R&B singer, songwriter & producer.

3. What were some of the highlights from that experience?
Being able to meet with record executives and sending my artist music to major records labels.  As well as booking performances for my artists.  It was a fun, eye opening and at time frustrating experience.  It was a lot of hard work and late nights in the studio.

4. You’ve lived in Pakistan for 4 years and Turkey for four years. How did you end up over there?
We moved overseas due to my mother’s job.  My time living overseas was amazing, it was the best experience I could have ever had as a kid.  To live in a different country was a humbling experience.  It made me well versed and a multi-dimensional person.  I still keep in touch with my friends that I met overseas.

5. You’ve won medals for Track n Field and Wrestling. How has the dedication and work ethic you’ve applied to sports impacted your acting career?
I was in Turkey when I won 2 gold medals in Track N Field in the 1500m & 3000M as well as a Bronze medal in wrestling.   In regards to my acting career I was dedicated to my goal and what I wanted.  I just always worked hard and put in the work to perfect my craft.  The simple fact that I started out acting without having any formal training or taking acting classes.  I began watching movies and learning from the actors to learn acting techniques.

6. In 2003 you broke out as an actor on an episode of America’s Most Wanted: America Fights Back. What was it like getting your first big role?
It was amazing because I grew up watching the show, I’m just glad I didn’t play a criminal because people were actually calling the cops on the actors who played the criminal on the show. It was fun shooting up until the other actor had to bite me on my face lol. They put prosthetics on around my jaw where he had to bite me.

7. Next you landed a role on The Wire. How does it feel to have been a part of what many people consider the greatest television show of all time?
It’s a great feeling to be a part of such a great show because one it was my favorite show and I started on the show as extra, as well as auditioning 15 times.  The cast members and I became a family forever.  This show started my career and without the show my career would be so different. I’m a truly honor to be apart of this iconic show.

8. You played The Bully on Everybody Hates Chris. How did you enjoy being a part of such a successful and funny show? What did you learn being on that show?
It was a great opportunity to be a part of Chris Rock’s show loosely based on his life. He was always on set and he directed me in one episode. In the scene he comes over and say when you take the kids lunch eat his sandwich. The interesting thing was this was the first thing I booked after being in LA for 3 weeks. I gave myself a month to book something or get agent or I was going back home. I got a agent my 3rd week and the day I was going to sign my contract see told me I had an audition for this show.  I originally didn’t get the role of the main bully who was recurring but they considered me for another role and keep bringing me back.

9. When did you start getting into standup comedy? How has that experience transformed your career?
I got into standup in 2012.  I had been wanting to do it for a long time but was too scared to. When I finally got on stage, I did about 10 mins my first time which is an eternity. It was just like acting on a stage, I felt at home and feel in love.

10. Tell us about This Is My Life So Why Are You Laughing and Internal Affairs. What encouraged you to venture into writing, producing, and directing your own content?
This is My Life, So Why Are You Laughing? Came from my stand up and writing about stuff that happened to me on dates and in my career as an actor. I felt it was time take my career into my own hands and not wait.  Before this series I didn’t go out that much for comedic role I would mostly get auditions for dramatic roles.  It began opening up more doors for me as an actor.  I had the idea to shoot a concept video for my Cop Drama Pilot “Internal Affairs” to use so that I could start pitching my series.

Me wanting to be an owner and not just a player aka actor in the game is what lead me to want to write, produce and direct my own content.  When you don’t own anything you simply remain a work for hire employee.

11. In 2017 you portrayed pioneering rapper Kurtis Blow in the BET mini-series, The New Edition Story. You’ve also portrayed Eddie Murphy and will be portraying Puff Daddy in a new show. What attracts you to these portrayals?
What attracts me to these portrayals of iconic people are who they are and what they have contributed to the culture.  Their journey and how hard they work get become the people that they are.

13: You’ve been in films like Five K One with Clifton Powell and Step Up with Channing Tatum. What have you picked up from those experiences that help you when you’re creating your own projects?
I picked up how to have fun while also being a professional on set, and getting the job done.  As well as all the moving parts to shooting a project.  Everyone’s job on set is important.

14. What’s up next for you?
I am currently in post production on a domestic violence documentary that I wrote, directed and produced entitled “I’m A Survivor, No Longer A Victim”  the promo trailer is currently on my YouTube page Melvin Jackson Jr TV.