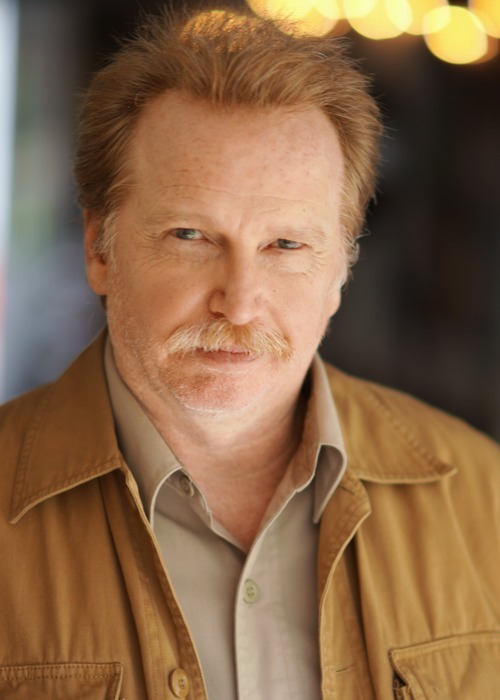 Posted on September 4, 2020 in Spotlight

Growing up in Los Angeles, our September Spotlight Client Courtney Gains has been surrounded by the entertainment industry his entire life. While his most well-known role came at the young age of 19 in Children of the Corn, Gains has gone on to amass over 100 credits in both Television and Film – releasing his own music as well. We’re thrilled to speak to Courtney about his long and illustrious career.

1. Born in Los Angeles, you had your film debut at the age of 19. Growing up in a city entrenched in entertainment, was acting something you were always pursuing? What inspired you to take this career path?
I sometimes wonder had I not been born in LA would I have had the guts to come to Hollywood? My father was a laborer at Warner Bros. Studios, on weekends I would go with him to work and see sets from Fantasy Island and run around the backlot. My mother went to a Fame school in LA and entertained the troops in WWII when she was only 13, so I guess it was in my blood. First time I did a play I was 10 years old. Played the prince in Snow White and the Seven Dwarfs and I was hooked.

2. As previously stated, you were 19 years old at the time of your film debut in 1984. What we didn’t mention, was that this was for Children of the Corn. What was this experience like?
Well for me it was about proving I belonged. I had been studying acting in a professional workshop from the time I was 13 and felt I was ready to do good work but still had to prove it to myself and everybody else. When I was done shooting I knew I WAS an actor.

3. At the time, this was one of the earlier Stephen King adaptations. Now, his works have been adapted into dozens of films and TV shows; Children of the Corn itself being its own film franchise with a cult following. What is it like being part of such a film?
We had no idea COTC would go on to be a cult classic. I think it has been a blessing and a curse. 100+ gigs and 35 years later, it is still the most well-known role I have done.

4. After this debut, you had a lot of film success in the 1980’s with roles in Hardbodies, Lust in the Dust, Can’t Buy Me Love, and The ‘Burbs, among others. What was this stretch of your career like?
Back in the 80’s child emancipation laws were very strict. You had to be 18 to do a full day’s work, so if you looked younger that was an advantage. 80’s teen cinema was just blowing up and I was well trained for my age and looked 15, so right place right time.

5. What were some of your favorite memories from these films?
In that run my main thing was to not play the same role twice, I ended up doing many different genres of film and got to work with some great old pros and learn from them.

6. During this time, you also had a role in Back to the Future. What was it like being on set? Did you know the impact the film would have while filming?
Had no idea BTTF would go one to be one of the biggest trilogies of all time. Did know Speilberg was involved, so had high hopes for it. I was on the film before Eric Stolz got let go and ended getting paid for many weeks while they did the reshoots, so ended up being a financial blessing in my career.

7. You continued to act throughout the ’90s and began to branch into the music industry. You’d always been a talented musician and released a solo album during this time. What was this like? Had you always wanted to do this?
I started taking guitar lesson at 13 as well. I really enjoy writing music. I had done some recording with my first band The Gathering and then some solo recordings over the years. I realized I had enough material to put out a record, so I did.

8. In 2013, your band Ripple Street released an EP and plans to make more music as well. What is the future of your music career?
Ripple Street EP came out in 2013 and a full album in 2017. Just put a video up on YouTube for our single Going Places. We are working on some new material now.

9. We’ve spoken about many of your film roles and your music career, but we have yet to touch on your TV work. You’ve guest-starred on many notable shows including Seinfeld, Monk, ER, Charmed, and Alias, among others. What is it like jumping into a guest role on a show with an established cast? How do you approach it?
Television moves very fast, so you have to be ready to get it right the first time. Every show is different, some are very welcoming and others are like you won’t be here next week so why bother to get to know you. Either way, you gotta be prepared to do the job when they say action.

10. With tons of experience in both TV and film, is there a medium you prefer? What do you like/dislike about both?
I prefer film, it’s exciting to go on location somewhere with no distractions from home and create something. Though I must say TV has given me some very rich roles to play. The roles in Diagnosis Murder, My Name is Earl and most recently Criminal Minds to name a few.

11. More recently, you have starred in films like Camp Cold Brook, Hell’s Kitty, and Candy Corn. What were these experiences like?All three of these films were in the horror genre. In CCB I played a TV producer so that was a different role for me. Hell’s Kitty was a comedy spoof on COTC character, so had fun with that, even wrote a little song for it called I Hate Cats. CC I also helped produce so that was a lot of work. I played a small-town Sheriff trying to figure out what the hell was going on in his little town.

12. Over the course of your career, you have been widely recognized for your work in horror films. What do you think of this notion? What do you like about the horror genre?
With the success of Corn I will always be linked to the horror genre and recently once again offers for horror films have come my way. Now instead of the kid, I am playing the older characters, full circle I guess. I am not a huge horror fan, I don’t like violence. For me like in any movie I am looking for a good story I can believe in.

13. What does the future look like for Courtney Gains?
So I have a comedy short film I directed called Symptoms playing the festivals right now. On August 25th a film I’m in called The Silent Natural was released on VOD, it’s about the first deaf baseball player to play in the big leagues. Just finished shooting an indie film called My Redneck Neighbor and will be recording some new tracks for Ripple Street very soon.