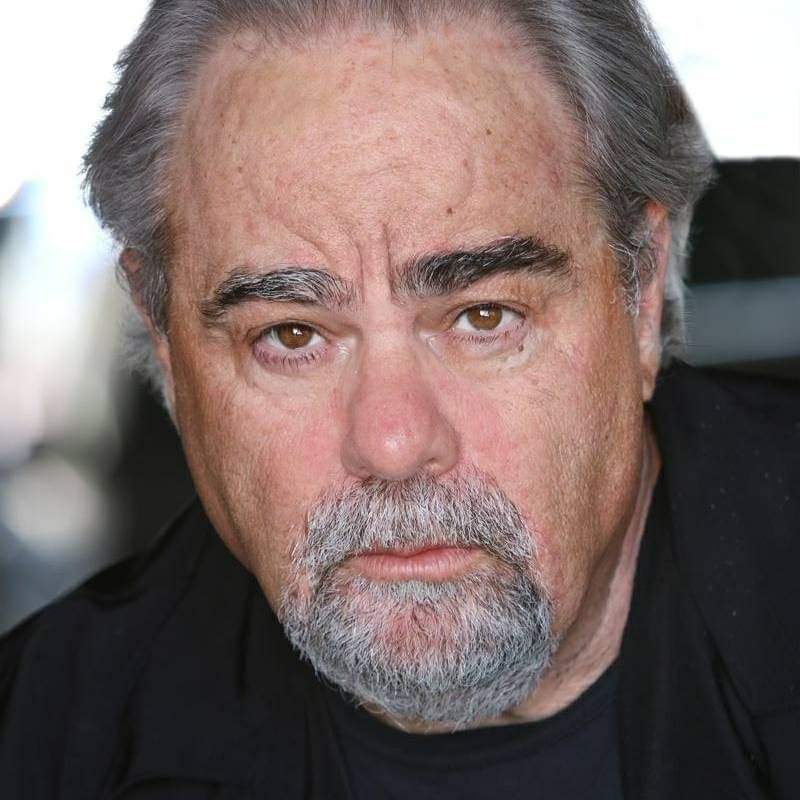 Duane has spent the last 30 years in Hollywood playing iconic roles such as Maynard in Pulp Fiction. He has also written projects such as From Dawn to Dusk 2 and Eddie Presley. Here, Duane looks back on his long career.

1. You grew up in Abilene, Texas. What was your childhood like?
I was actually only in Abilene for a couple of years, so my memory is a little sketchy on it. I grew up in Lubbock, Texas which was a pretty good size town – over two hundred thousand. It never really felt like a city but it was a pretty big town. I played a lot of sports growing up. That was my main thing for years. After my sophomore year in High School I pretty much stopped that, partied a bit, got in some trouble here and there, nothing too serious. I had always been interested in movies. I made a few super eight movies when I was pretty young and then started doing it again in high school and got interested in theater. I got some encouragement from a drama teacher and a visiting drama teacher and that gave me the idea that maybe I had some talent and could do it. So about the time I graduated, I started doing all the theater I could, community theater, a touring melodrama in the park, a show at the University.

2. How did you get into acting? When did you decide to come to LA?
I got a job at a dinner theater when I was seventeen doing a pre-show and waiting on tables between acts. That was actually a great experience. I considered myself a professional actor at that point. They paid me. Very very little, but still I got paid for my work. When I was twenty, I decided to make the move to L.A. and give it a shot.

3. What were some of your first experiences acting in LA on those early projects?
My early Hollywood experiences were pretty tough. I didn’t know one person here. Lived in my car for a while. Ended up getting a graveyard security guard job working for Merv Griffin which turned out well because I could do plays and have my days open for auditions.

I struggled for a long time trying to break into T.V. and film. Just kept doing theater, a lot of really interesting theater – got in over my head more than once, but I learned a lot. I finally started getting film and T.V. roles around 1986. My first real part on network television was probably Sledge Hammer.

4. In 1992 you had a film, Eddie Presley that you starred in and wrote. What was that experience like?
Eddie Presley was originally a one man play I wrote around 1990. It was sort of a metaphor about my life at the time. I was feeling really stuck. Day-playing mostly, still doing a lot of theater for free. It was about a homeless Elvis impersonator attempting a come back after suffering a nervous breakdown. It was an idea I had been kicking around for a long time and when I figured it out, I sat down and wrote the play in one night while I was working a guard job for a record company. My friend, Jeff Burr, was looking around for something to direct. He had a not so great experience on his last film and was looking to go back to a smaller indie type film. So we got together and adapted it into a screenplay and went out and raised the money and made the movie. It was like a small miracle. We played some festivals and sold it to the Sundance Channel and several years later a loaded DVD came out. It has a small, rabid following which is great.

5. How did you get the part of Maynard in Pulp Fiction? What was it like working with Quentin Tarantino? Any cool stories from the set?
Pulp Fiction… Well, this guy, Quentin Tarantino, came in and did a day on Eddie Presley. We had fun, talked about Lawrence Tierney mostly. He had shot Dogs about the same time we were shooting Eddie. I ran into him a while later and we talked and he said, “Hey, I’m doing this movie. There’s a part you’re kind of right for. I’ll have them call you.” It’s just almost that stupid. It was a long and painful process getting the role but it worked out. An amazing experience.

6. Next up for you was Tales from the Hood. Were you attracted to the horror genre? Could you see horror being a significant part of your future?
I knew Darrin and Rusty from Tales From The Hood through Jeff Burr. Pulp wasn’t out yet but there were rumblings. They had cast the role in Tales and the guy dropped out or something. Darren called Jeff Burr and asked him if he thought I could play an asshole. Jeff said, “Are you kidding? Talk to him for five minutes.” So they brought me in and gave me the job. Pretty good flick. I mean, the horror genre is a big part of my career. I co-wrote and co-starred in From Dusk Till Dawn 2, co-starred in Feast which turned out well and was a Project Greenlight movie. I believe I am part of 7 different horror franchises — at least that is what I was told.

7. Tell us about Stripteaser. How did you come up with the idea?
Stripteaser was an idea that came out of the blue. I remember writing on a legal pad: Blind guy walks into a strip bar. A friend called and asked if I had a low budget script. He had some people looking to make something. I lied and said it was written and then stalled the guy and sat down and wrote it in like seven days. I had no idea where it was going but it sort of wrote itself. He gave it to them and they hated it. So I stuck it in a drawer and it sat for a while and then a director I had worked with asked me if I had something (Roger) Corman might want to make. And yes I did. They were shooting the film about ten days later. It was crazy. I was doing Tales From The Hood at the same time so it was pretty cool having two films going simultaneously. The original title was Zipper’s Clown Palace, which I loved but Roger didn’t.

8. In the 2000’s you started working with Rob Zombie on Devil’s Rejects in 2005 and Halloween II in 2009. Is Rob someone you enjoy working with?
I met Rob Zombie, Mr. Zombie I call him, through Dan Roebuck. We were putting a script idea together. Again, some guy dropped out of Rejects and he brought me in to read and hired me. It was a lot of fun doing this bit with Roebuck. It’s barely in the movie but we shot the whole talk show which is in the extras. A while later he called and offered Halloween 2 which was a nice little role. I also did a role in Three From Hell but didn’t make the cut. I really like working with Rob. He gives you a lot of room. He expects you to show up with something, I think, and when you do, he’s good with that.

9. You were honored by American Cinematheque hosting a screening of your films Eddie Presley and Together and Alone at the Egyptian Theater. What was that experience like?
Together and Alone was a tiny little movie I wrote and directed sometime after Tales. It was a very personal movie that I just felt compelled to make. It was self financed from acting and writing jobs and I didn’t have to answer to anyone, but the budget was not too much. I had an amazing cast that made me look way better than I am. Very proud of the film. It sat for a long time but then a programmer at the American Cinnematheque discovered it because they were showing Eddie and wanted something to
show with it. It’s actually played there twice. The last time with a film I co-star in called Dead Letters. It came out on Blu- Ray recently with a bunch of extras.

10. You’ve been in over 40 films and many television shows. What are 2 of the top projects you worked on and why?
I think I’m close to 60 features now and a bunch of T.V. things. I would say the top two would probably be first Pulp, just because the odds of being in something that special that catches a critical and popular wave like that are pretty long. I don’t think there’s a top 100 list it’s not on. And with good reason. Pretty amazing. And I would say the second would be Together and Alone for all the obvious reasons I talked about.

11. You’ve taught an acting class in Los Angeles for many years. What are the rewarding aspects of teaching?
Teaching was something I never really planned on doing but fell into. I found out what all teachers do; when you teach, you learn. I really enjoy it.

12. What’s up next for you?
As far as projects in the can, I finished a film that Dan Roebuck and his daughter wrote and directed this summer which I think is going to be great, called Lucky Louie. I also have a film about to come out called Edge Of Town which I like a lot. Small film I shot in Georgia. Several other things hovering around. As far as what’s next, who knows? That’s the thing about this business; you never know. I’ve gone through periods where I thought, well, I guess this is over… but then something comes up. Bob Crane said, “Hope springs eternal for the actor…” a little while later he was bludgeoned to death with a tripod so we never know. Hopefully I’ll continue to get new creative opportunities. I’ve been very fortunate to consistently work for the number of years I have.