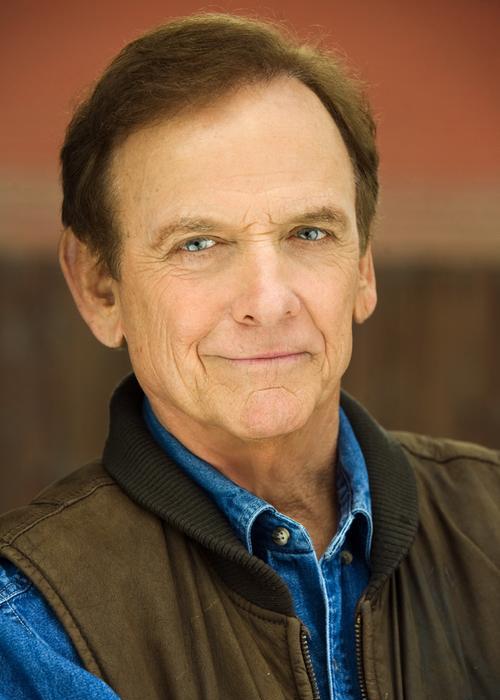 While enjoying a substantial career as a versatile, award winning actor/director/writer in feature motion pictures, television, and on Broadway, in 1992, Monte, with his son Jason Markham and wife Klaire Markham, founded their independent production company, “Perpetual Motion Films”. The rest is history. Throughout his years of non-stop world-wide production, Monte found little opportunity to accept acting offers. In 2009, deciding it was time to wind down a full time, aggressive production schedule, he resumed his acting career – and has found a whole new world of opportunity.

1A. Growing up in the South, you pursued an undergraduate degree at Palm Beach State College and later went on to receive an MFA from the University of Georgia. What was your childhood like?
I was born in my Mother’s family home in Manatee, a small town on the west coast of Florida, and raised in West Palm Beach. We were 4 brothers and a sister, and growing up in West Palm has always been described as living the life of “American Grafitti”. My mother played piano and we boys often sang harmony together. Mom insisted we take piano and tap dancing class… until we kind of grew out of it. At 9, I was up at 2am to run a milk route with my uncle Ben, just home from the war. It was a good life. Lotta love, lotta family ….. lotta adventure growing up with the Everglades 2 mles West…and the Kennedy estate 2 miles to
the East.

1B. Did you always want to pursue a career in entertainment?
When I graduated Palm Beach High, I enrolled at Palm Beach Junior College (now Palm Beach State), intending to start working toward a law degree. The first day, as I signed up for classes, a Professor, Watson B. Duncan, asked me to try out for a play he was directing for the fall semester. It was a psychological thriller called “The Man”. I played the Man. A life changing experience. Duncan became my great friend and mentor and guided the beginnings of my career. With Duncan’s recommendations, I was hired for professional summer theatre companies in Massachusetts and Vermont….Doing 10 plays in 10 weeks for Pro Stock was a great education in “just getting on with it”. Great experiences.

1C. In 1967, you began portraying the dual role of both Luke and Ken Carpenter in the ABC sitcom The Second Hundred Years. What do you most fondly remember about this experience?
I was filming my first feature, John Sturgess’ “Hour Of The Gun, in Mexico, when Columbia flew me up to test. I was cast, flew back to Mexico, finished the film, then back to LA to shoot the Pilot. All over Christmas. We were sold for a 26 show guarantee. First feature, first Series…Great Christmas!

2. In 1969, you landed the titular role in the ABC sitcom Mr. Deeds Goes to Town. How was it playing this well-known character?
“Deeds” was a wonderful script by Bernie Slade with a strong feel for the original. Working every day with Pat Harrington, Jr. was a rare pleasure. Bernie wrote his Broadway play, ‘Same Time Next Year’ and wanted me for the role. I had a great run with Betsy Palmer.

3. From the late 60s to 70s you starred in a handful of Western films – Hour of the Gun, Guns of the Magnificent Seven, and Shame, Shame on the Bixby Boys. What drew you to these projects?
Fortunately, they found me, My first feature, Hour of The Gun starred James Garner, Jason Robards, Robert Ryan with many excellent character actors – directed by John Sturgess. The producers had optioned me for another feature and I went right in to “Guns Of The Mag 7”. I’m very proud to have been part of these classic Westerns.

4. What do you enjoy about the Western genre?
Bottom line? Who wouldn’t love it? I grew up with the great John Ford films and always felt I was part of a rich cinema tradition. “Bixby Boys” was written by Bill Bowers. He’d received Oscar Nominations for “The Gunfighter” and “Sheepman” and many awards for “Support Your Local Sheriff”. “Bixby Boys” was pure pleasure, with Bill always on set.

5. Throughout the 70s & 80’s your acting career flourished as you guest-starred on a variety of network television shows. The High Chaparral, The Mary Tyler Moore Show, Barnaby Jones, The Six Million Dollar Man, and countless TV Features. What was it like jumping into guest-star on shows with established casts? How do you approach this?
After working 2 comedy series, I knew that I didn’t want to be confined to a single role, no matter how good. Searching out well written characters in series and tv features offered possibilities to explore a great variety of lives. The down side? Too often, some series leads were bored, just going through the motions. Made my work less satisfying and far more difficult, but still worth the challenge.

6. In the 80s you were Series Regular, Don Thorpe, for the first two seasons of Baywatch. What did you most enjoy about the show?
In a word…painless. Good people, good shows, great locations. It was lightweight fun…every day’s the 4th of July in Malibu. Thorpe was a delight… great cast and crew…beautifully produced. Even more beautiful now with the new Re-Mastering in 4K!

7. While on Baywatch, you were also able to direct a handful of episodes. What was this like?
I’d directed my first feature, “Defense Play” just before joining Baywatch. There was quite a change in feeling after the first season on NBC. The second season we were on our own…no network. A great feeling of freedom. Directing was a hoot! Great producers, scripts and casts…first class crews.

8. In 1992, you formed the independent production company, Perpetual Motion Films, with your wife, Klaire, and your son, Jason. What inspired you to pursue more producing and directing jobs at this time?
I’d just finished directing my second feature, Neon City, and we were planning the 3rd season of Baywatch. The offer came up to produce and direct Air Combat, 13 1-hour documentaries for US News and A&E. Though this meant I could no longer stay with Baywatch, it was an
irresistible opportunity to take on a new and very different challenge. I never anticipated 20 years of incredible life adventures.

9. Perpetual Motion Films quickly expanded – you were soon filming multi-hour documentaries and series all the way from the Amazon to the Arctic. What was your favorite thing about this part of your career?
Everything about it was unimaginable. From leading the Sail 2000 Tall Ships into NY Harbor, to 130 below on the Greenland Icepack; from a thousand miles up the Yangtze, to filming virtually every US military aircraft and ship; from The Royal Navy with Prince Andrew, to Ground Zero and our first responders; Months on the road, working side by side with Klaire, producing and living great adventures with wonderful people all over the globe.

10. While you stepped away from acting during this stretch of your career, in 2009 you decided to wind down on the busy production schedule and return to acting. What inspired this decision?
It’s quite amazing, now, to consider the rich variety and quality of work we were able to achieve. The joy was in the constant feeling of discovery and how to capture those moments and those people. And then, finally, after averaging over 200 days a year on the road, we felt we’d done enough. I am, in heart and soul, an actor. I needed to get back to work.

11. What are the biggest differences you see in the industry now as opposed to when you first started?
The great change is in the ability to create films and television, and to distribute, almost instantly, to a global audience. Whether good or bad – and there’s plenty of bad – anyone, anywhere in the world can make a film and get it seen. Since 2010, Chris Roe has navigated me through – and to – over 20 feature films. And until Covid 19 hit the fan, it’s a been a wonderful time to be an Actor.

12. What does the future look like for Monte Markham?
I know I’m a most fortunate man. I have absolutely no complaints. Onward!