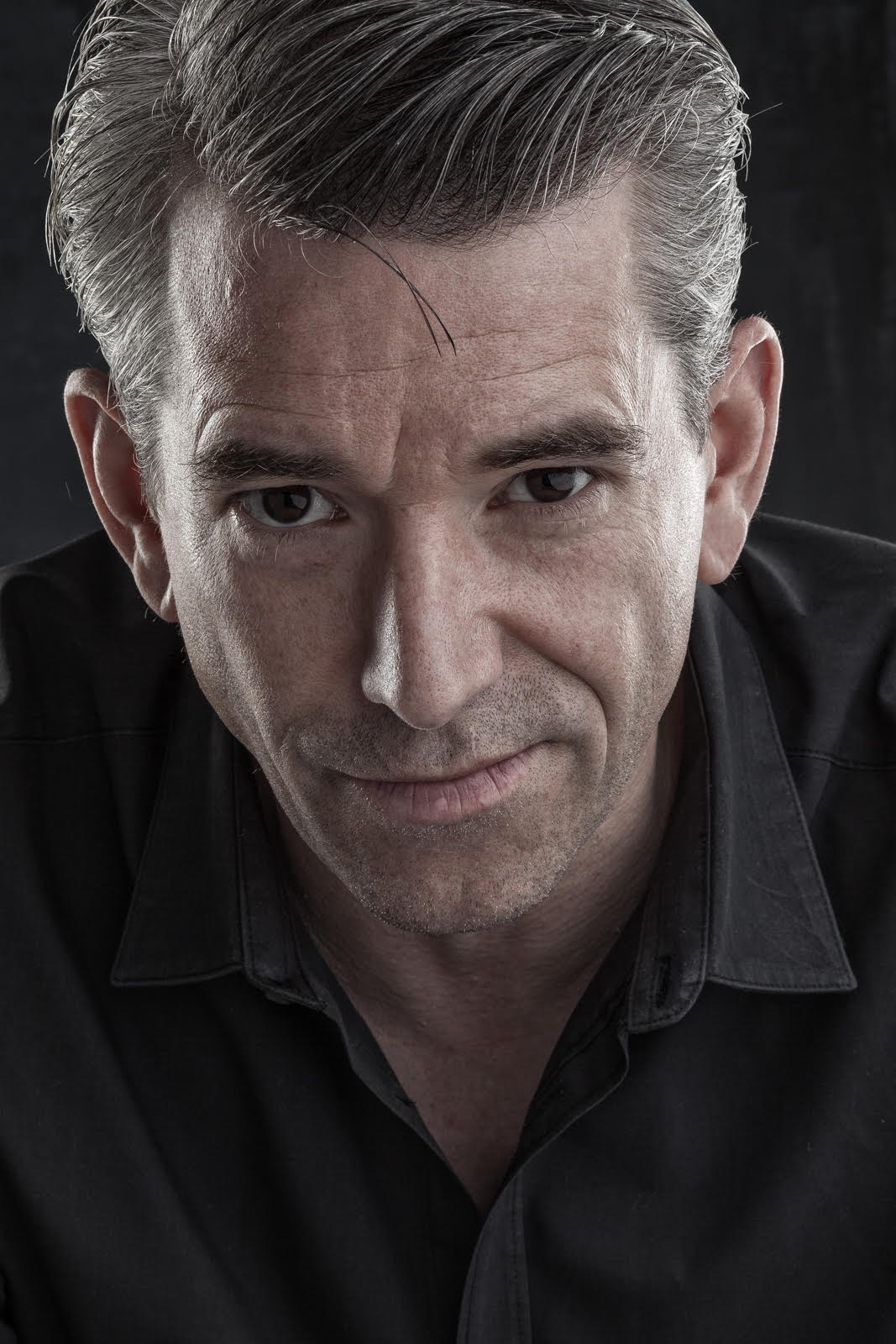 For our June Spotlight we’re thrilled to have CRM client Michael Broderick. A veteran, a musician, loving family-man, and an actor. His credits include Justified, Legion, Get Shorty, True Detective, and more.

1. Before pursuing a career in acting, you were in the United States Marine Corps. What inspired this change in career path? Was acting something you’ve always wanted to do?
It wasn’t a change in path as much as it was a return to my earliest intentions. I joined the Marine Corps to challenge myself and because I felt a duty to serve. I thought I would complete my enlistment and head straight to Hollywood. It didn’t work out quite that way, but I eventually got here.

2. How has your military experience influenced you as an actor?
My time in the service certainly helps me book certain kinds of roles. Military bearing is not something you’re born with; it has to be drilled into you. It’s also fairly easy to spot actors who are “putting it on” without the required research and preparation. It’s like any other skill. If I’ve already got it in my back pocket, everything else being equal, I’ve got an advantage over the actor who doesn’t. Beyond that, earning the title of Marine taught me that I can accomplish very difficult tasks if I choose to set my will to them.

3. You’re also a skilled musician, spending many years playing guitar in New York’s punk rock scene. How has this influenced your career?
Playing live music taught me many lessons on collaboration, shared goals, live performance, reading an audience and, finally, knowing when to move on. I also met my wife after a show at CBGB in 1998, so it definitely influenced the rest of my life in a wonderful way.

4. Do you still play gigs here in LA? How prevalent is music in your life?
I still play guitar every day. I taught my son to play bass and, every so often, we’ll jam. I love watching him discover things he hadn’t heard before. We both dig stuff from the 70s and 80s. Occasionally, I host a music night for Veterans in Media & Entertainment here in Los Angeles where a bunch of us get together and share music, live on stage. It’s a great way to scratch that particular itch with a group of folks who really understand each other.

5. In the early 2010’s, you had a recurring role on the hit FX series Justified. What was that experience like?
It was awesome! Justified was a great show. The recurring role was really a surprise as I had a minor role in season 3, then they asked me to come back in their final season. I actually asked one of the A.D.s about it and they said, “We’re bringing back a bunch of people we enjoyed working with”. Wow. It was a huge validation for me and a reminder to always bring my best self to set. Show up early. Do good work. Be kind.

6. Just last year you had another recurring role – this time on the third season of HBO’s True Detective. What was it like working with Nic Pizzolatto?
Well, HBO just continues to produce top level entertainment, so to be a small part of that family is a major thrill and True Detective was an absolute game changer for me. Locking eyeballs and trading impulses with 2-time Academy Award winner Mahershala Ali and Stephen Dorff is something I’ll never forget. And Nic Pizzolatto? Wow! Not only did I get to speak his words but my character, Special Agent John Bowen, appeared in both of the episodes that Nic directed. I adore his work and can’t wait to see what he does next. Somebody needs to let him take a crack at Batman.

7. What was your favorite thing about playing Special Agent John Bowen?
My favorite thing about playing John was the fact that he was a fish out of water in a sense. Here’s this federal agent, born and raised in the North East, assigned to this case in rural Arkansas. The way local law enforcement operates is a little foreign to him but he’s a team player so there’s a balance he needs to maintain, even when his instincts pull him in another direction. We see evidence of this when he and Wayne Hays (Mahershala Ali) butt heads a little bit over evidence in the bullpen (Episode 4: “The Hour and the Day”).

8. I understand you’re a big advocate for Autism Acceptance. How did you get involved and what would you like people to know about it?
Like many parents, I got involved when my son was diagnosed with autism. My wife and I discovered rather quickly that we could learn more from the experiences of autistic adults than we could from other parents. Most of all, I want people to understand that autistic individuals need understanding and acceptance rather than pity or fear.

9. Who is your biggest inspiration?
Anyone who does difficult things because they need to be done. I constantly draw strength from folks around me who see a need and find a way, often selflessly, to fill that need. Service to others is inspiring.

10. What is your dream role?
Gosh. I’ve always been a bit of a nerd, a gamer and a fanboy, so I love comic books, science fiction and fantasy. Something in one of those genres would be really fulfilling. Also, I’d consider giving up a finger (of my picking hand, not my fretting hand) to be a part of anything written and directed by Steve Conrad (Perpetual Grace Ltd., Patriot).

11. What does the future look like for Michael Broderick?
I’ve got my eye on a few projects. News of Sam Esmail’s Battlestar Galactica reboot is exciting. My understanding of the genre paired with my military background makes me a formidable candidate, I think. The upcoming series based on author Jack Carr’s The Terminal List is of particular interest to me. Finally, I’d love to go back to work for the folks at HBO when they tackle The Last of Us. Like it says in Garth Stein’s The Art of Racing in the Rain, “That which you manifest is before you”.